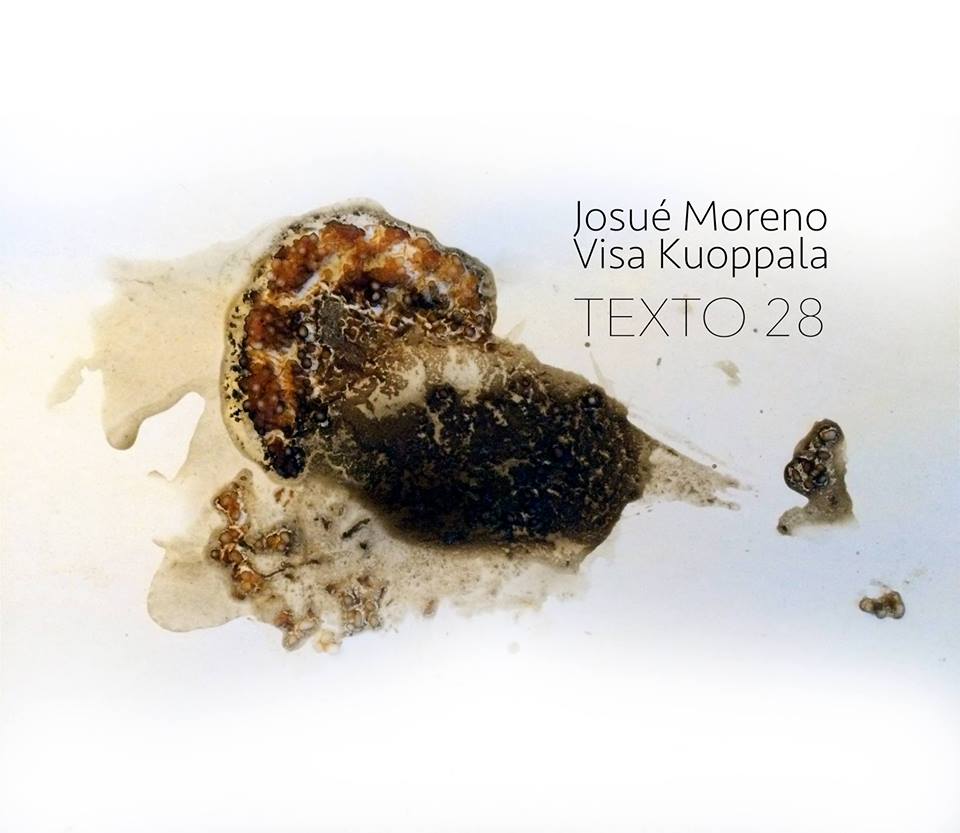 Texto 28 is a collaborative project between composers Josué Moreno and Visa Kuoppala. The initial form of the project was a one hour fixed media piece done by overdubbing takes of electroacoustic improvisation restricted by a post-Cageian open score. It resulted in a subtle, fragile and enigmatic sound-environment where the aural image didn’t reveal whether it was composed, improvised or something else. In this live version the score has been modified to be performed as a real-time performance, based on quiet electroacoustic improvisation but including indeterminate elements and ascetic restrictions on playing.

Excerpt from a rehearsal:

Visa Kuoppala is a Finnish composer, improviser and field recordist. He is particularly active in the areas of acousmatic composition and electroacoustic improvisation, where he is exploring the poetic, emotional and atmospheric qualities of enigmatic or ambiguous sounds. For his improvisation practice he has developed a granular synthesis and feedback -based instrument called Malegra, which he plays both solo and in groups. At present he is working on a PhD in electroacoustic composition at the Music department of University of Birmingham under the supervision of Jonty Harrison.
https://visatapani.wordpress.com/
https://soundcloud.com/visatapani

In his artistic practice Josué Moreno is pursuing the creation of beautiful sonic spaces while keeping the meaning of “beauty” as wide as possible. His work —which varies from purely instrumental music till sound installations and interactive software— has been presented in important festivals and forums such as Jiem (Museo Nacional Centro de Arte Reina Sofía Madrid), Synthèse (Bourges), Festival de Música Contemporánea de Alicante and Seoul International Computer Music Festival. His work has been supported and commissioned by institutions such as Fundación Phonos (Barcelona), Sibelius Academy Development Centre Helsinki, CDMC(Centro para la Difusión de la Música Contemporánea), Musicadhoy/Operadhoy, ENPARTS (European Network of Performing Arts). His music has been published in several CDs of recent release under the labels Marmita-Música Viva and AMEE. He worked in the generative design, interactivity and implementation of the sound environment for the Finnish Pavilion of the Shanghai Expo 2010.