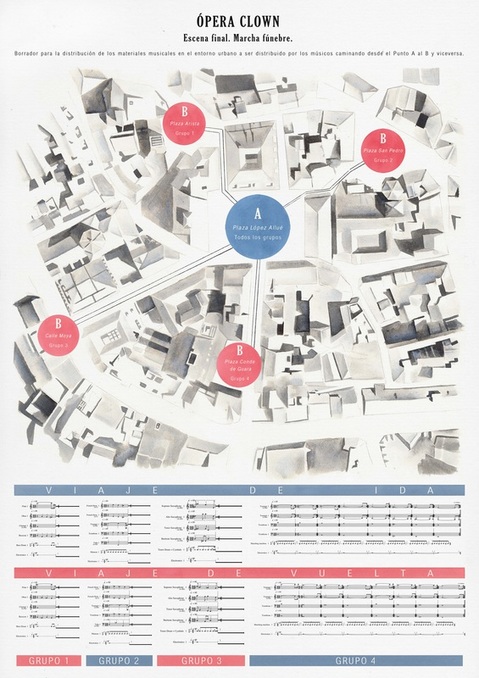 What is a clown opera? And, what elements are we dealing with when presenting the opera clown at a specific location outdoors? The opera will consist of a series of tableaux vivants that show certain moments in the life of Marcelino and on the daily routines of a clown. The musical situations will be designed around specific traditional clown and circus techniques to foster interactivity with the audience, the city and the local social forces to create an engaging spectacle at many sensorial levels. The charivari or the old clown technic grammelot, for instance, will be paralleled with the radio-phonic treatment of the musical material while other scenes will host musical elements of the local popular music tradition.

The score of the final and closing scene of the opera, “The Funeral March”, sketches the paths that the musicians will take around the Huesca’s Plaza López Allué and its surroundings, transporting the musical elements of the opera and exciting sonically the town’s architecture. The musicians will be divided in groups, some of them accompanying the coffin of Marcelino while the others transport the laments, the news, and the memories of past glorious moments. One path for the musicians has a spiral form while another forms an infinite loop and so on, creating a dynamic sonic landscape where the audience receives the musical combinations as a sea of sonic waves. This technique of making the musicians transform specific melodic elements around key architectural urban spots is characteristic of sound installations that, in this specific operatic setting, will take the form of promenade performances. The idea is that the musicians will be walking through the specified path. Having a marching sound installation is a very unusual means of musical evolution in opera but very common in many forms of traditional music expression like the Holy Week processions and the carnival marching bands.

For the sonic content, I will use a metaphor that has been present in many of my preceding creations: the idea that sounds never cease to exist, but we are the ones to stop being able to perceive them or they become other forms of energy. With the appropriate technical means, we should be able to hear again the sounds that surround us constantly coming from the past. Marconi formulated this assumption, that I find very inspiring and suitable for this project, as it will lead me to investigate the local musical history and praxis. I will try to embody sonically the memory of Marcelino Orbés in the streets of his homeland. 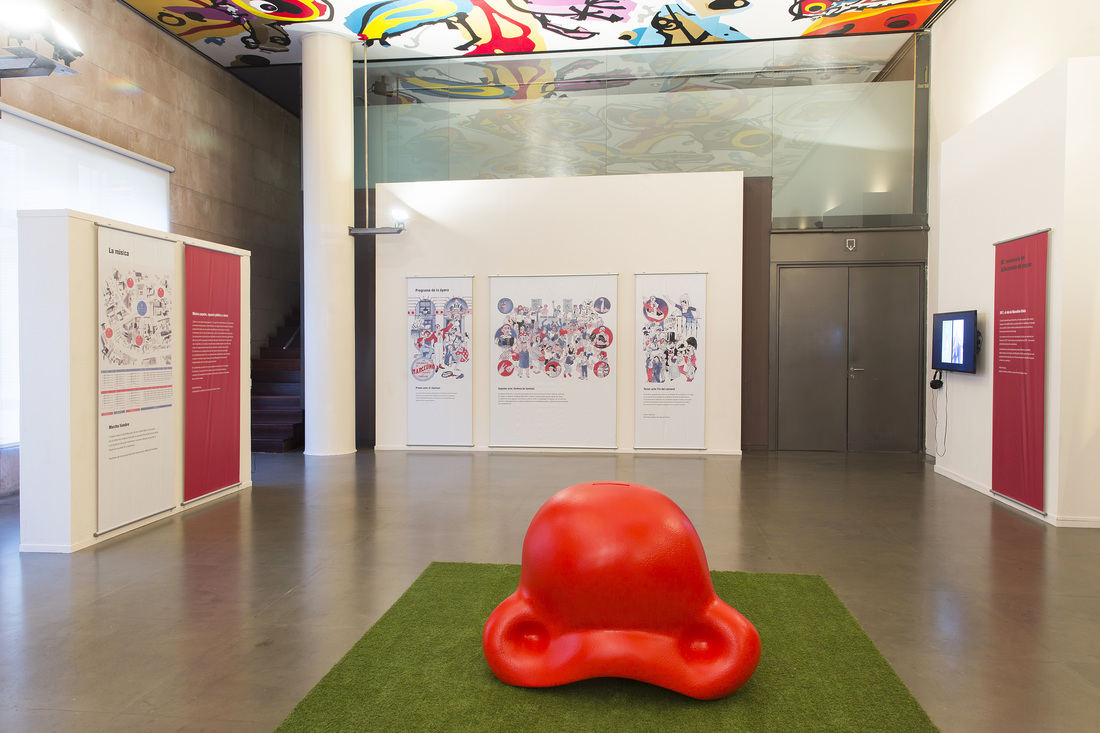