The Oracle: Tell me a secret 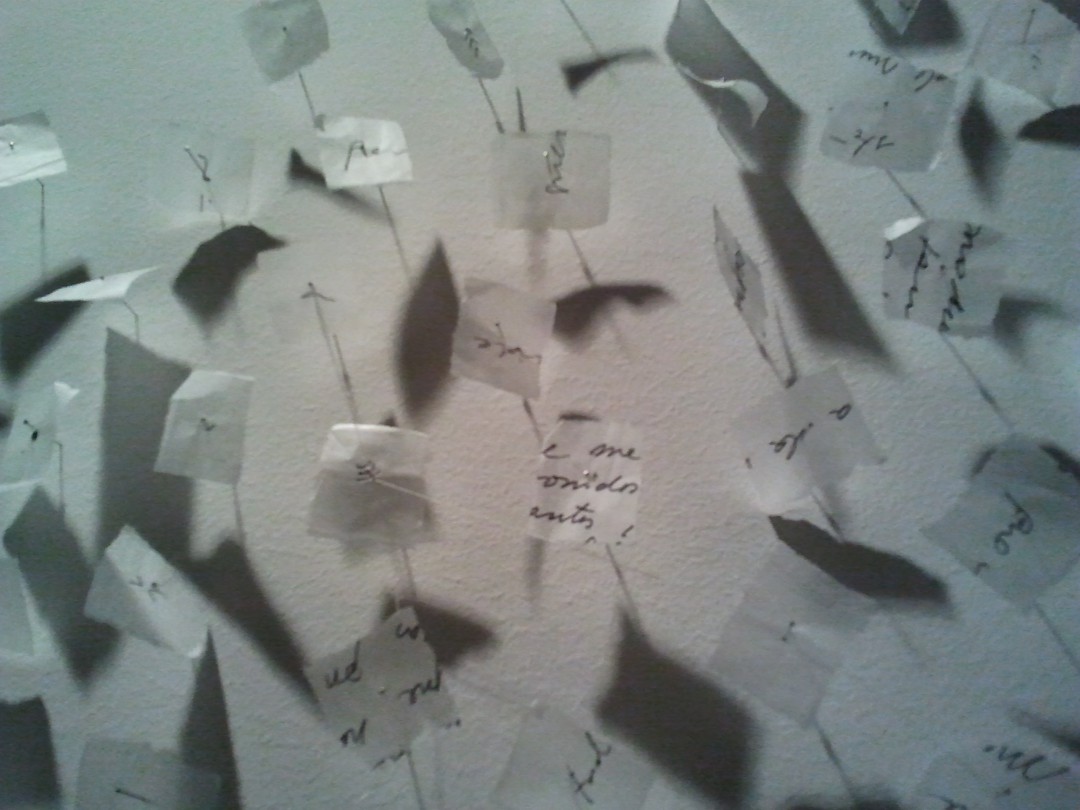 by Gema Álava and Josué Moreno

The Oracle: Tell Me a Secret consists of an oval made of hundreds of little pieces of paper stuck to the wall, fragments of the correspondence between Álava and Moreno that are sensitive to the slightest air current, humidity, and the acoustic vibrations of the sound composition accompanying the piece. The sounds created by the audience are included in the sound environment of the room through an amplifying system and process.

These echoes are filtered, softened, or magnified, and accompanied by watery and rolling sounds. As an aspect of performance, there is an encrypted music score in the art installation, performed several times every day by a group of musicians, thus providing the music base with an audible content.

Among the ideas on which Moreno bases his work, there is Marconi’s theory, among other creators, which says that sounds never cease to exist; they become imperceptible and, with the adequate technical means, the sounds produced since the dawn of our days could be heard.