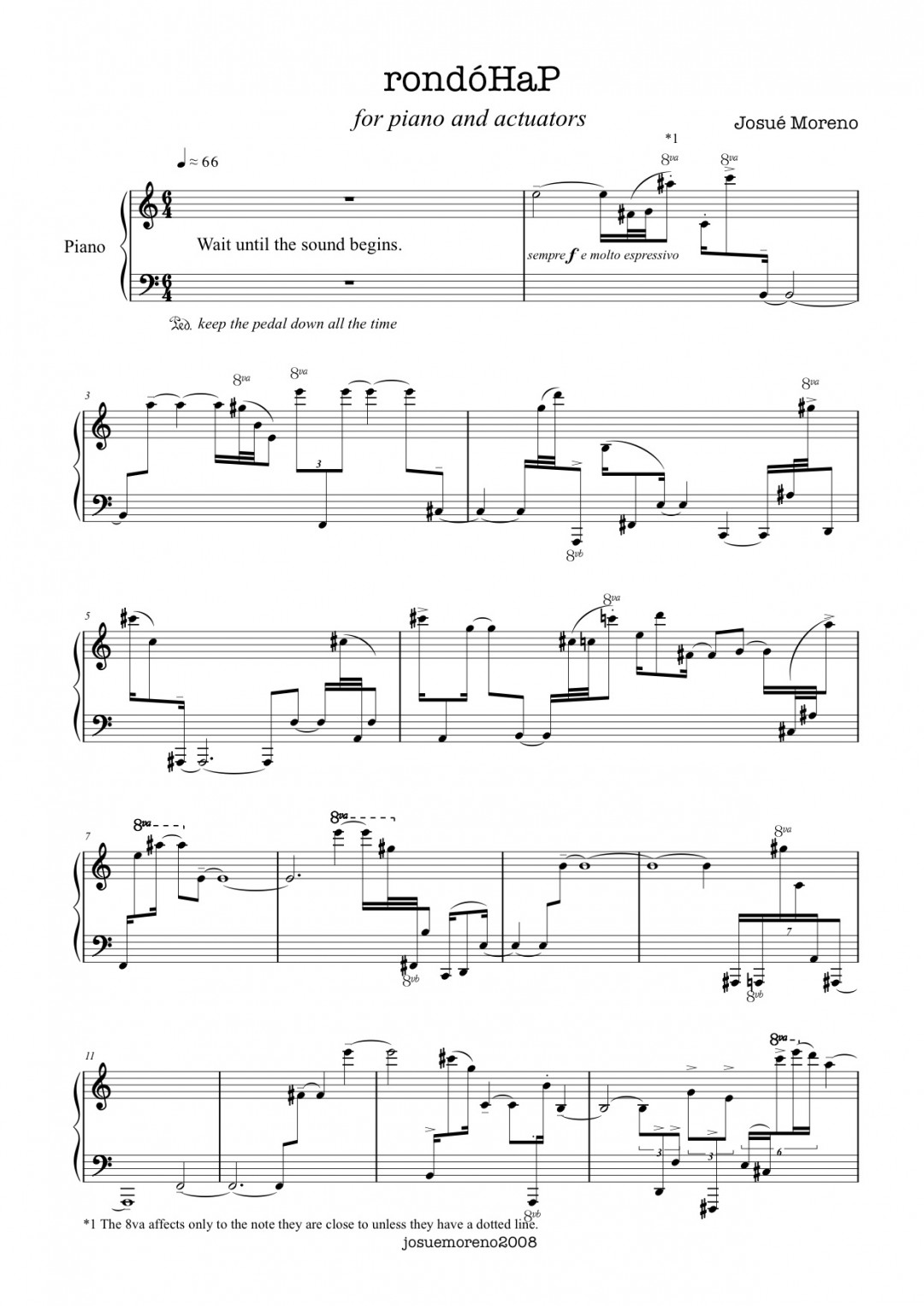 for piano and actuators

rondóHap is part of my composition project HaP.
It is a project with a lot of multidimensional homages to different personalities, artists or happenings which have influenced me at some point, having as center reference the figure of the spanish painter Pablo Picasso and his series of 58 variations after Las Meninas by Velázquez.
All these works are inspired by other pieces of music; this piece for piano and actuators is based on the rhythms of the solo flute from the beginning of Amériques by Edgard Varese.
Here, the variations on the rhythms and harmonies are enriched by the sounds produced by the piano thanks to the actuators, creating the sensation of a very rich resonance.
Josué Moreno

PS: This piece was premiered in a concert where there were 4 multichannel pieces, one accordion and live electronics and rondóHaP for piano and actuators, so although there are lots of loudspeakers in the way, all the sounds are coming from the piano’s soundboard.