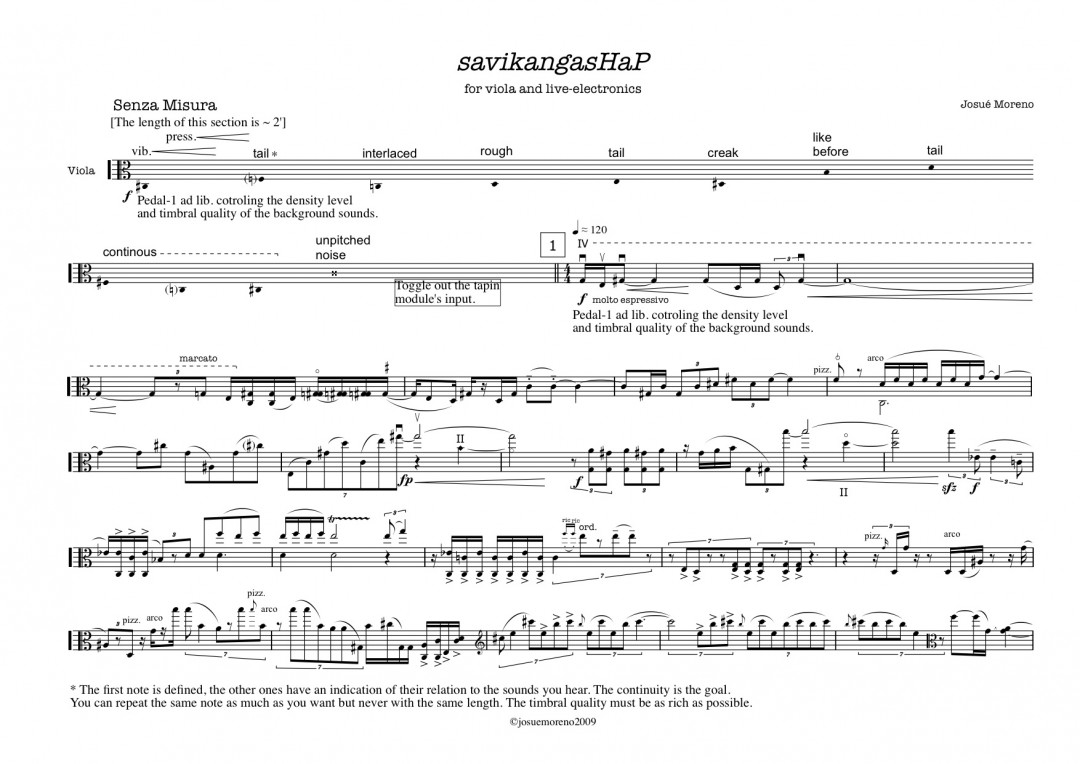 for viola and live electronics

savikangasHaP for viola and live electronics (2009)World Premier. Sibelius Academy R-building Chamber Music Hall April 15th 2009.savikangasHaP at the beginning of the project was entitled violaHaP, but the development of the piece and the work with the finnish violist Max Savikangas demonstrated that the election of the performer here is nothing but a selection of instrument.This piece is the last of a compositional series under the title HaP (Homage to Picasso) where the main hypothesis is that the distance between the source of inspiration and the final artistic result is the creation, being the source of inspiration another musical pieces.In this particular piece I put in practice all the techniques tested in the preceding ones and the piece I use as source is Density 21.5 by Edgard Varèse.For the creation of these pieces, some interesting new tools have been developed. Live instruments developed under MaxMSP, and part of the Rhythmic Similarity Measures Library under PWGL was developed after the musical needs of this compositional project. Also, some interesting experiments in notation and live performance are tested in this project.All this tools have the ear as main decision factor, it is the sound and our musical sense what finally decides the sounding world that is being developed in front of the audience. I would like to thank the valuable help and ideas given by Andrew Bentley and Max Savikangas during the realization of this project.Josué Moreno 2009

← for clarinet and accordion HaP TEXTO 28 Nº1 →
Skills Posted on